For All Your Roofing Needs

Bowles Roofing provides roofing services for all types of roofs throughout North Central Florida.  Whether you are in need of roofing services for your residential or commercial roof, Bowles Roofing is the company to call. Our team is educated and experienced in all areas of the roofing industry.  We work with all types of roofing material, from shingles to tile.  We offer new construction roofing, re-roofing, roof repairs and roof maintenance.

The roof of your home or business is a big investment and it’s first line of defense against the elements. When choosing your roofing contractor it is important to choose an experienced and reputable company.  Bowles Roofing is a family owned business and has been providing exceptional roofing services since 1984. With over 3 decades of roofing services in Florida, Bowles Roofing has been on the forefront of the roofing industry. When you need roofing services call or contact us for a free consultation

The roof of your home or business is a big investment and it’s first line of defense against the elements. When choosing your roofing contractor it is important to choose an experienced and reputable company.  In Florida, a roofer is required to carry $300,000 general liability or bodily insurance and $50,000 in property damage insurance.  Roofing can be a dangerous business and accidents to happen.  Ensuring the roofer you hire is properly insured in extremely important.  Bowles Roofing is a licensed, bonded and insured roofing contractor with offices in Ocala and Tallahassee. 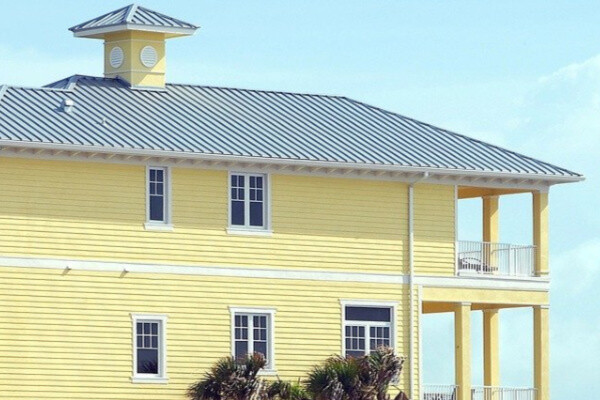 Types of Roofs We Service

Shingle roofing is a very common type of roofing material.  It is available in a variety of styles and colors to compliment your home.

Metal roofing is an attractive type of roofing material.  Its long lifespan makes it a good choice for long term investment.

With assortment of colors and quality materials such as concrete and clay, tile roofs can enhance the curb appeal of your home.

Some homes and most commercial businesses have a flat or low slope roofing.  We have experience & expertise to help you.

There is no job that is too big or too small for Bowles Roofing!

We offer free estimates and a written guarantee on every job. Bowles Roofing would be honored to make your roofing project an example of our fine workmanship.

Tips on Choosing a Professional Roofer

Choosing the roofing contractor for your home or business is an important decision to make especially since your roof is such a big investment for your property.  Bowles Roofing would like to give you a few things to consider when choosing your roofing contractor.

Bowles roofing has been called twice for roof issues since I have been living in my home. Both times, the gentlemen that have come out, have been very professional, personable and dependable. The first time I had a leak, the owner came out and walked my roof and told me that the water mark which I had seen on my ceiling was caused by the driving rain which caused the rain to come up under my ridge vent (hurricane rains). He told me my roof looked in good order and there were no issues. And sure enough, there were no more issues after the hurricane. He was correct. The second time when I heard dripping on my ceiling after a rain (3 years later), Anthony Chase came out and checked an area on the ridge vent which the crows had been picking. He inspected both the roof and the attic at the point of concern and more. Although the repair was a less than 10 minute repair, he never indicated that this small job was any less important. He was patient with my questions, clearly explained what the crows did to the caulking line where the ridge vents met and let me know that otherwise, my roof appeared to be in very good condition. I would highly recommend Bowles roofing to anyone who needed a roof. I have found them to be a very dependable and honest. If you have any roof issues or concerns, I would highly recommend calling Bowles roofing. I will definitely being calling them when it comes time to repair my roof. They have given exceptional care to both my roof and me. THANK YOU BOWLES ROOFING!

Bowles Roofing has been featured on

"Best of the Best Television for

We Service the Following Cities & All Surrounding Areas